WHAT IS KRAV MAGA? 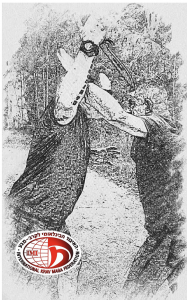 Krav Maga is self-defense and fighting system developed by Imi Lichtenfeld during mid-1930s. It derived from a combination of techniques sourced from boxing, wrestling, aikido, judo and karate, along with realistic fight training. It was later adopted to use in the military for the Israel Defense Forces (IDF) and Israeli security forces. 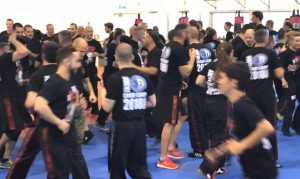 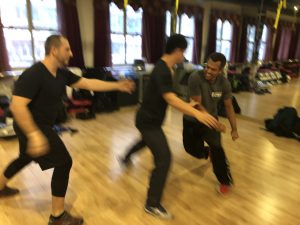 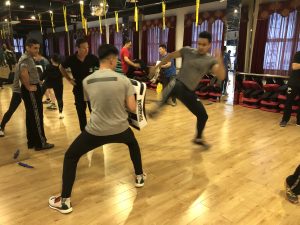 Krav Maga is designed to be practical and intuitive for people of any age, shape, or size. The techniques expand on your natural instincts to develop skills quickly and effectively, while enabling you to address attacks under any scenario. You will learn how to defend yourself and your loved ones, while gaining increased awareness and instinctive reflexes. It can be learned as a hobby once or twice a week and still, the outcome is extremely effective. This is due to the fact that the most evident advantage krav maga training is known for is how quickly and easily one acquires self-defense knowledge. Krav Maga training was built up and based upon natural responses and reflexes, is accessible to anyone and provides the best self-defense ability possible.

Krav Maga has a philosophy emphasizing aggression, and simultaneous defensive and offensive maneuvers. Krav Maga has been used by the Israel Defense Forces’ special forces units, the security apparatus, and by regular infantry units. Closely related variations have been developed and adopted by Israeli law enforcement and intelligence organizations. There are several organizations teaching variations of Krav Maga internationally. 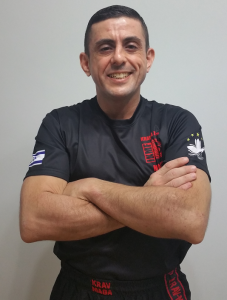 Baha is the instructor and the IKMF Macao Director